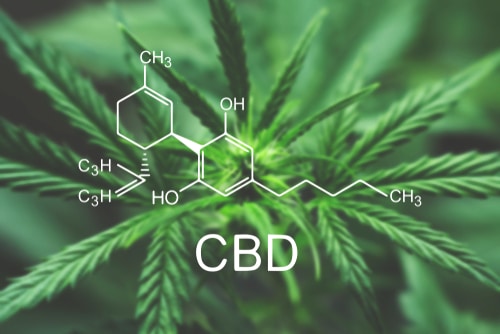 A team of Brazilian researchers conducted a meta-analysis of studies from 2013 to 2017 that have explored the therapeutic benefits of CBD for epilepsy patients. The results were published in the journal Frontiers In Neurology last week.

While the main purpose of the review was to determine the safety and efficacy of CBD for certain forms of epilepsy, the researchers also distinguished between CBD-rich cannabis extracts and purified CBD products, which contain only trace amounts of other cannabinoids, if any.

Consistent with a growing body of scientific research, the study found that CBD treatment reduces the frequency of seizures, even among patients with treatment-resistant forms of epilepsy. About two-thirds of patients included in studies under review had fewer seizures—and six out of 11 those studies “showed over 80 percent of the patients reporting improvement.”

But in the studies where patients received CBD-rich extracts, that improvement was even greater.

The researchers didn’t expand on possible reasons for the difference; however, cannabis experts have long promoted a concept called the “entourage effect,” which refers to the cumulative effect that cannabis is believed to have when its many ingredients work together.

“CBD-rich extracts seem to present a better therapeutic profile than purified CBD, at least in this population of patients with refractory epilepsy,” the researchers wrote. “The roots of this difference is likely due to synergistic effects of CBD with other phytocompounds (aka Entourage effect), but this remains to be confirmed in controlled clinical studies.”

In other words, because purified CBD generally contains little to no other cannabinoids such as THC or cannabinol (CBN), these products hypothetically wouldn’t perform as effectively as plant-based CBD in epilepsy treatment.

This isn’t the first study to suggest that marijuana works better as a treatment option when a diverse range of its ingredients is present. There’s research going back to at least 1981 that seems to reinforce the theory.

The theory became especially of interest to scientists following the publication of a 2011 study in the British Journal of Pharmacology, however. That study looked at terpenes, compounds of cannabis that influence the flavor and smell of marijuana—and possibly, according to its findings, even the effects cannabis has on consumers.

As drug companies like GW Pharmaceuticals continue to advance products based on components of marijuana, the results of this and future studies on the entourage effect may help better inform patients about their options as they seek out cannabis therapies.