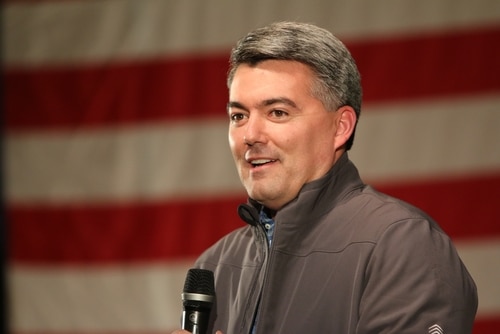 A Republican U.S. senator who earlier this year cut a deal with President Trump to support legislation ending federal cannabis prohibition is pushing back against news about White House plans to highlight “issues created by state marijuana initiatives.”

As BuzzFeed first on Wednesday, the Trump administration has formed an entity called the Marijuana Policy Coordination Committee, which is asking departments and agencies across the government to compile “data demonstrating the most significant negative trends” about marijuana and the “threats” it poses to “national health and security.”

The development seems contrary to an agreement President Trump worked out with Sen. Cory Gardner (R-CO) earlier this year to support a far-reaching marijuana bill in exchange for the senator ending a blockade on Justice Department nominees he began in protest of U.S. Attorney General Jeff Sessions’s decision earlier this year to rescind Obama-era guidance that generally protected state cannabis laws.

A member of Gardner’s staff told Marijuana Moment that the news about the administration’s anti-cannabis effort appears to be a case of federal employees undermining the Trump’s position, and that his boss expects the president to keep his promise.

“There seems to be a lot of interest in these storylines going around about how staff are trying to manipulate the President or to work around his firmly-held policy positions – including the position he’s held since the campaign that marijuana policy is best left to the states,” Alex Siciliano, the senator’s communications director, said in a statement.

“In April, President Trump’s legislative affairs director said President Trump ‘does respect Colorado’s right to decide for themselves how to best approach this issue.’ The press secretary then publicly confirmed the administration’s position in a press briefing. Additionally, President Trump said publicly in June that he is likely to support Senator Gardner’s STATES Act.”

Indeed, the president said that month that he “really” supports cannabis legislation filed by Gardner and Sen. Elizabeth Warren (D-MA).

“I really do. I support Senator Gardner,” he said when a reporter asked whether he backs the bill. “I know exactly what he’s doing. We’re looking at it. But I probably will end up supporting that, yes.”

The White House Office of National Drug Control Policy is leading the administration-wide anti-marijuana push, according to BuzzFeed.

“Staff believe that if the administration is to turn the tide on increasing marijuana use there is an urgent need to message the facts about the negative impacts of marijuana use, production, and trafficking on national health, safety, and security,” reads on document obtained by the news outlet.

But the move also seems contrary to statements Trump made on the 2016 campaign trail about respecting cannabis laws in a growing number of states.

“Forty-seven states have now acted in a way that is contrary to the Controlled Substances Act and there are more initiatives on the ballot this year,” Siciliano, of Gardner’s staff, said. “Whatever their decision, these states ought to be respected. Regardless of the accuracy of the story, Senator Gardner remains confident in the commitment the President made to him to support a states’ rights solution to the current disconnect on marijuana law.”

Siciliano did not respond to a question about whether his boss plans to reach out to the president about Wednesday’s news.

“These are the death rattles of marijuana prohibition,” NORML Political Director Justin Strekal said. “Those who seek to maintain the oppressive policies of cannabis criminalization are grasping at straws in their effort to undo the public policy progresses that have now been enacted in a majority of states, and that are widely supported by voters of both major political parties.”

“President Trump and his administration have said that they support [Gardner and Warren’s bill], this has been confirmed by Sen. Gardner, and we have seen nothing to indicate that position has changed,” Neal Levine, CEO of the Cannabis Trade Federation, said in a statement. “While the policy being reported today would be an unfortunate waste of taxpayer dollars and time pursuing failed policies of the past, we are focused on looking forward and passing [marijuana reform legislation] into law.”