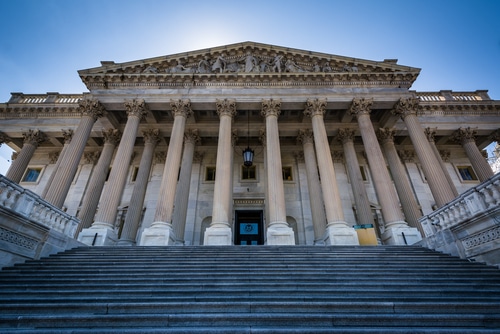 A Democratic lawmaker who many political observers believe will likely be the next chairman of the powerful U.S. House Judiciary Committee implied in an interview on Wednesday that he supports legalizing other currently illicit drugs in addition to marijuana.

“From everything we have learned, people are going to do drugs. And certainly the softer drugs like marijuana, there’s no good reason at all that they cannot be legalized and regulated properly,” Rep. Jerrold Nadler (D-NY) said.

“The major effect of the war on drugs has been to fill our prisons with huge numbers of people to no great effect except to waste money and to ruin lives.”

In the comments, which Nadler made during an interview with WNYC’s Brian Lehrer Show, the congressman did not specify with substances he believes should be legalized, but his use of the pluralized phrase “softer drugs like marijuana” and the word “they” suggests his anti-prohibition views extend beyond just cannabis.

There is no precise definition of what constitutes a “soft drug” as compared to a “hard drug,” but some analysts categorize substances like LSD, psilocybin and MDMA in the former category in light of their lack of addictive potential.

Nadler is currently the top ranking Democrat on the Judiciary Committee, which has oversight of the Drug Enforcement Administration and other federal law enforcement agencies involved in drug enforcement and prosecution. If Democrats take control of the House in the midterm elections, as many poll watchers predict, he would likely ascend to the panel’s chairmanship and have the power to bring marijuana and other drug reform bills up for a vote.

Also in the radio interview, Nadler called the war on drugs an “abject failure” that is “not succeeding in reducing crime or doing anything else.”

“We ought to look at drugs as a public health issue.”

The comments came shortly after another key Democrat, Rep. Earl Blumenauer (D-OR), released an eight-page memo to fellow party members laying out a step-by-step strategy for how they can accomplish federal marijuana legalization in 2019 if they take control of one or both chambers of Congress. The plan includes a hearing on marijuana descheduling before the Judiciary Committee.

When it comes to marijuana, Nadler sees it as “far less damaging than nicotine to people’s health and we should probably regulate it similarly,” he said in the interview, adding that its current restrictive Schedule I status “doesn’t make any sense.”