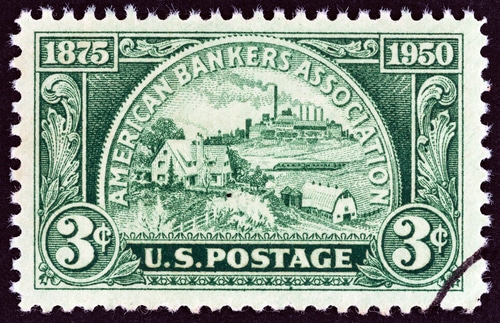 The largest group representing U.S. banks is asking its members to share stories demonstrating problems caused by the growing gap between marijuana’s ongoing federally prohibited status and its legalization in an increasing number of states.

In an email announcing the cannabis survey last week, the American Bankers Association (ABA) said that responses will be used by the national organization and its affiliated state bankers associations “to help illustrate to regulators and legislators the need for greater clarity” on the issue.

“[B]anks face significant risks in serving this industry, including criminal and civil penalties as well as bank regulatory action,” the email said, adding that the group wants to “learn more from bankers about how the lack of legal clarity regarding cannabis and banking is impacting banks and their communities.”

While the Treasury Department under the Obama administration released guidance to banks on serving marijuana businesses in 2014—and a steadily growing number of institutions are opening accounts for cannabis growers, processors, retailers and related operations—many financial services providers have remained wary about working with the industry in light of continuing federal criminalization.

“Can you provide an example of a situation where you had to close an existing account, terminate a banking relationship or turn away a potential customer due to their association with marijuana?” the new ABA survey asks. “This could include relationships with mainstream businesses that are not directly related to marijuana, but may generate a portion of their income from marijuana-related businesses (e.g., landlords, security companies, etc.).”

Concerns about federal prohibition have caused a number of banks close accounts for ancillary service providers such as law firms that work with marijuana businesses but don’t actually touch the plant themselves.

ABA, a trade association founded in 1875, is also querying members on whether they have ever seen a customer try to “disguise their affiliation with a marijuana business” and if state or local officials have ever initiated contact “urging you to bank marijuana businesses.”

And the organization wants to know about communications from federal regulators as well, particularly whether their feedback “on how to manage marijuana related accounts” has been “consistent.”

For example, last month the group’s vice president and associate chief counsel for regulatory compliance published a lengthy report outlining what he called the “cannabis conundrum” that bankers in an increasing number of states now face.

And over the summer, the ABA Banking Journal’s podcast featured an interview on the topic with the head of the Colorado Bankers Association.

The banking trade group also asked in the survey whether respondents would offer services to marijuana businesses if the “state/federal conflict is resolved,” and if they are willing to allow their responses to be attributed to them, suggesting that the organization may be preparing public advocacy materials featuring the stories of members that could be used as part of an increased push to amend federal policy.

“ABA looks forward to learning more about the increasing operational challenges our members face when trying to serve their customers due to the conflict between state and federal law on cannabis,” Blair Bernstein, an ABA spokesperson, said in an email. “We believe the time has come for Congress and the regulatory agencies to provide greater legal clarity to banks operating in states where cannabis has been legalized for medical or adult use.”

Legalization advocates say that ABA’s effort to build support for cannabis reform on Capitol Hill will be welcome.

“As more and more states implement regulated markets for the medical or personal use of cannabis, no industry can operate safely, transparently, or effectively without access to banks or other financial institutions,” NORML Political Director Justin Strekal said in an interview. “If the ABA is able to hasten congressional change in federal policy so that these growing number of state-compliant businesses, and their consumers, may operate in a manner that is similar to other legal commercial entities, then it is yet another sign that the end of prohibition is near.”

A number of key Trump administration officials have indicated they want to see a clarity on cannabis banking issues.

For example, Steven Mnuchin, the treasury secretary, has hinted in congressional testimony that he wants state-legal marijuana businesses to be able to store their profits in banks.

“I assure you that we don’t want bags of cash,” he said during an appearance before a House committee in February. “We do want to find a solution to make sure that businesses that have large access to cash have a way to get them into a depository institution for it to be safe.”

In a separate hearing he said that resolving the marijuana banking issue is at the “top of the list” of his concerns.

“It would great if that could be clarified,” he said.

And that same month, Federal Deposit Insurance Corporation Chairwoman Jelena McWilliams said that while she directed her staff to consider ways to address the issue, the agency’s hands are “somewhat tied” until federal law changes.

Pressure is also coming from the states. In August, a coalition of the top financial regulators in 13 states sent a letter demanding Congress take action to protect banks that work with marijuana businesses.

Despite the growing call for clarity on the issue, key committees in the House and Senate rejected amendments this summer that would have prevented federal banking regulators from punishing financial institutions for serving the marijuana industry.

Standalone legislation to provide permanent protections to banks that work with cannabis businesses have garnered increasing numbers of cosponsors in both chambers, but haven’t been scheduled for hearings or votes.