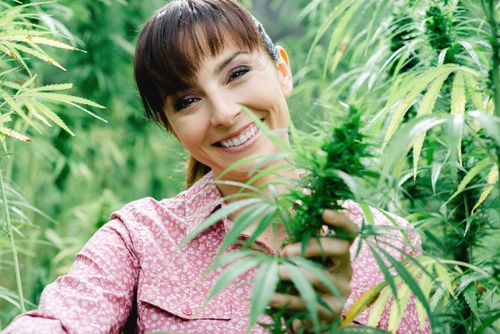 There’s a peculiar gender gap when it comes to support for marijuana legalization—where women, a demographic that generally skews more liberal on a wide range of issues compared to men, are somewhat less likely to embrace cannabis reform.

Researchers at North Carolina State University and Hartwick College wanted to know why. And in a recent study published in the journal Social Science Quarterly, they offered some plausible explanations.

Using data from a 2013 Pew Research Center survey, which prompted respondents with an extensive set of questions related to marijuana, the researchers tested several hypotheses about why women are less inclined to support legalization than men (67-61 percent, on a weighted scale).

Was it parenthood, religiosity or consumption habits that explained the trend, as the researchers speculated? Well, the results revealed a mixed bag of potential factors.

One thing that was, perhaps surprisingly, not a contributing factor was the parenthood element. While women’s role as mothers might help explain why they lean a bit more left on issues like gun control, it didn’t explain the marijuana divide.

The fact that women are more likely to identify as born-again Christians and report attending church services more often does seem to be a factor, though. Women’s “greater religiosity substantially explains the gender gap in marijuana policy,” though in order to “fully explain the gap, further analysis is needed.”

Lastly, the research investigated how cannabis consumption habits—and comfortability around marijuana—influenced their support for reform. That factor seemed to be the most influential, as women were less likely to report ever having used cannabis (55-42 percent) or feeling comfortable around the plant (55-42 percent).

“Women are less likely to have ever used marijuana (or report ever using marijuana), and once this is taken into account the gap disappears.”

In the end, the researchers predicted that the gap in support for marijuana reform will continue to narrow.

“Though it is challenging to accurately predict the future contours of the gender gap in marijuana, we do think our findings here are instructive,” the team wrote. “As marijuana use becomes more common and seen as less risky or deviant behavior, and as marijuana use is framed less as a moral issue (which will presumably be the case as it grows more common and legalized), there is reason to expect the gender gap to shrink.”