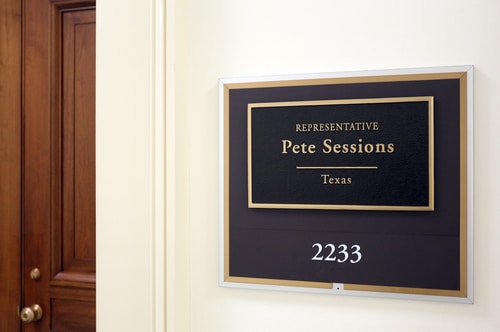 The powerful House Rules Committee has blocked lawmakers from voting on another marijuana-related measure.

This time, the panel prevented an amendment to allow cannabis growers, sellers and processors to deduct business expenses in the same manner that companies in other sectors can from advancing to the House floor.

Under a federal provision enacted in the 1980s—known as 280E—cannabis businesses are forced to pay effective tax rates that can approach 70 percent, a much higher tax rate than companies in other industries.

The law was originally meant to stop drug cartel leaders from writing off yachts and expensive cars, but today its language means growers, processors and sellers of marijuana—still a Schedule I substance under federal law—can’t take business expense deductions that are available to operators in other sectors.

The reform amendment in question would “give all businesses the right to succeed, regardless of what people on this committee or in our body feel that the legal treatment of marijuana under the law should be,” its sponsor, Congressman Jared Polis (D-CO), said during the Rules Committee meeting on Wednesday night.

Polis pushed for a vote on the cannabis tax measure and a package of other amendments he supported on issues like kombucha and cryptocurrency, but the motion was defeated on a party line vote of 7-3.

Under the leadership of Rules Committee Chairman Pete Sessions (R-TX), Republicans have blocked the full House from voting on more than three dozen cannabis-related amendments during the current Congress. Not a single marijuana measure has been allowed to advance.

Sessions is at risk of losing his seat this November to a Democrat who supports some marijuana reforms, two new polls found this week.