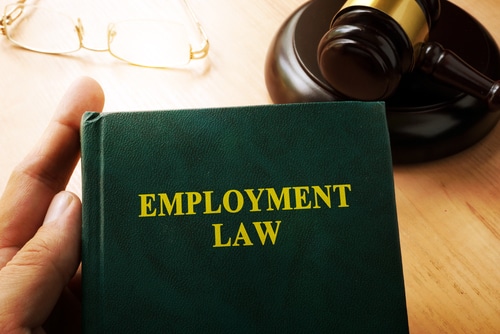 A Connecticut woman’s rights under that state’s medical marijuana law were violated when a company refused to hire her on the basis of her legal cannabis use, and a lawsuit seeking damages against her would-be employer may proceed, a federal judge ruled.

In 2016, Katelin Noffsinger filed suit against Bride Brook Health and Rehabilitation Center, a federal contractor, after a job offer was rescinded following a positive test for cannabis on a pre-employment drug test.

Noffsinger had accepted a management-level position with the firm, which then scheduled a drug test. Prior to the test, Noffsinger informed Bride Brook that she was a qualified cannabis patient under Connecticut’s Palliative Use of Marijuana Act, and used the drug—namely, synthetic marijuana pills, consumed in the evening—to treat post-traumatic stress disorder following a 2012 car crash.

After learning of Noffsinger’s patient status, Bride Brook officials debated over email the best way to inform her that she could not be hired because of her marijuana use.

Unlike some other states including California, Connecticut’s medical-marijuana law, passed in 2012, offers specific employment protections for cannabis patients.

Employers don’t have to accommodate cannabis use during work hours or employees who are intoxicated in the workplace, but any off-hours marijuana use by a certified patient following state law is protected.

Because Bride Brook was a federal contractor, it was required to perform such drug tests—and had the firm still hired Noffsinger after the positive drug test, it would have been “defrauding” the federal government, the firm argued.

While Meyer rejected Noffsinger’s requests for summary judgment and attorney’s fees, his ruling means that Noffsinger can now seek monetary damages in a jury trial.

Such efforts include posting warnings about drug use and setting an office policy.

A “zero-tolerance” policy that includes actively testing and then rejecting protected applicants on the basis of a test go above and beyond that threshold, Meyer wrote.

A previous ruling in Noffsinger’s case, also by Meyer, was the first instance in which a federal judge ruled that the federal Controlled Substances Act does not preempt state medical-marijuana laws that provide employment protections.

Other classes of workers, including workers in “safety-sensitive” positions and employees of the federal government, may have to wait for similar protections.